Dr. Pamela Richard, a Massachusetts native, earned her undergraduate degree in Biology from the University of Massachusetts. Her areas of professional interest include, but are not limited to, internal medicine, general surgery, animal behavior problems and critical care.

Drs. Michael McCammon and Pamela Richard share a long-time ambition: To provide high-quality, compassionate, state-of-the-art veterinary services to pets and the people who love them. The couple met while attending Purdue University School of Veterinary Medicine, where they both graduated with Doctor of Veterinary Medicine (DVM) degrees in 1986.

After marrying, Drs. McCammon and Richard practiced veterinary medicine in Indiana for two years, then in Connecticut for eight years. Often venturing to – and growing to love – the state of New Hampshire, they fulfilled their long-term goal of living and practicing in the Granite State when they assumed ownership of the Manchester practice from the retiring Dr. Lockridge, in 1996. 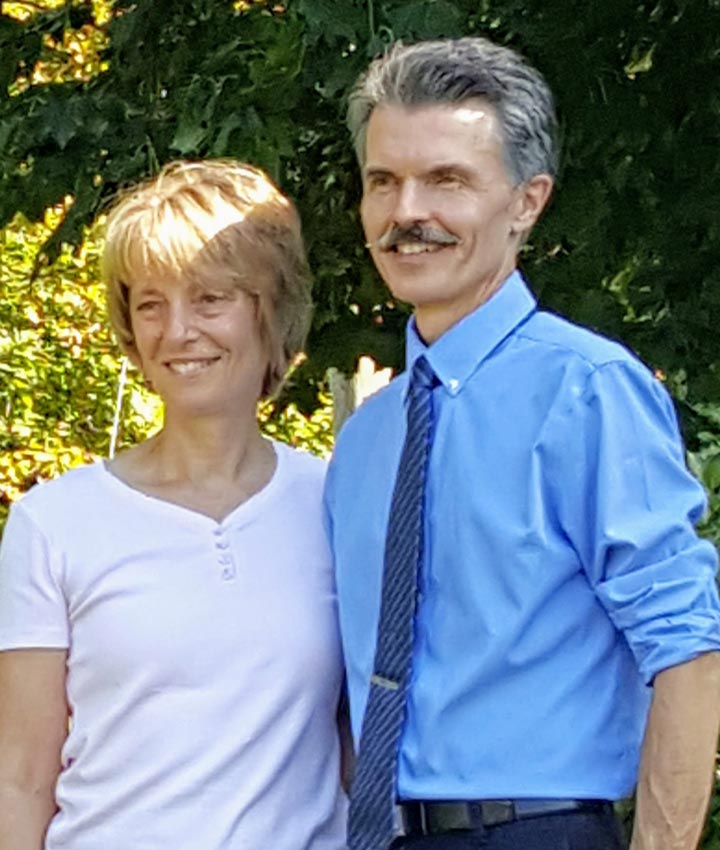